Ten years after the regional “RVA” brand took off, the City of Richmond is introducing its own brand identity aimed at promoting tourism and economic development in the city specifically.

Called “Richmond Real,” the new brand campaign was unveiled at a kickoff event Wednesday on the observation deck at the top of City Hall.

In an intro video that preceded his own remarks, Mayor Levar Stoney declared, “This isn’t your grandfather’s or your grandmother’s Richmond.”

“This is a new Richmond that I think can be embraced by all people, all walks of life,” he added. “Richmond has been at the center of history — the good, the bad and the ugly. We’ve come a long way.”

The video set the tone for the goal of the campaign, which is to show Richmond in a new light and give it a new identity after decades identified primarily as the capital of the Confederacy. 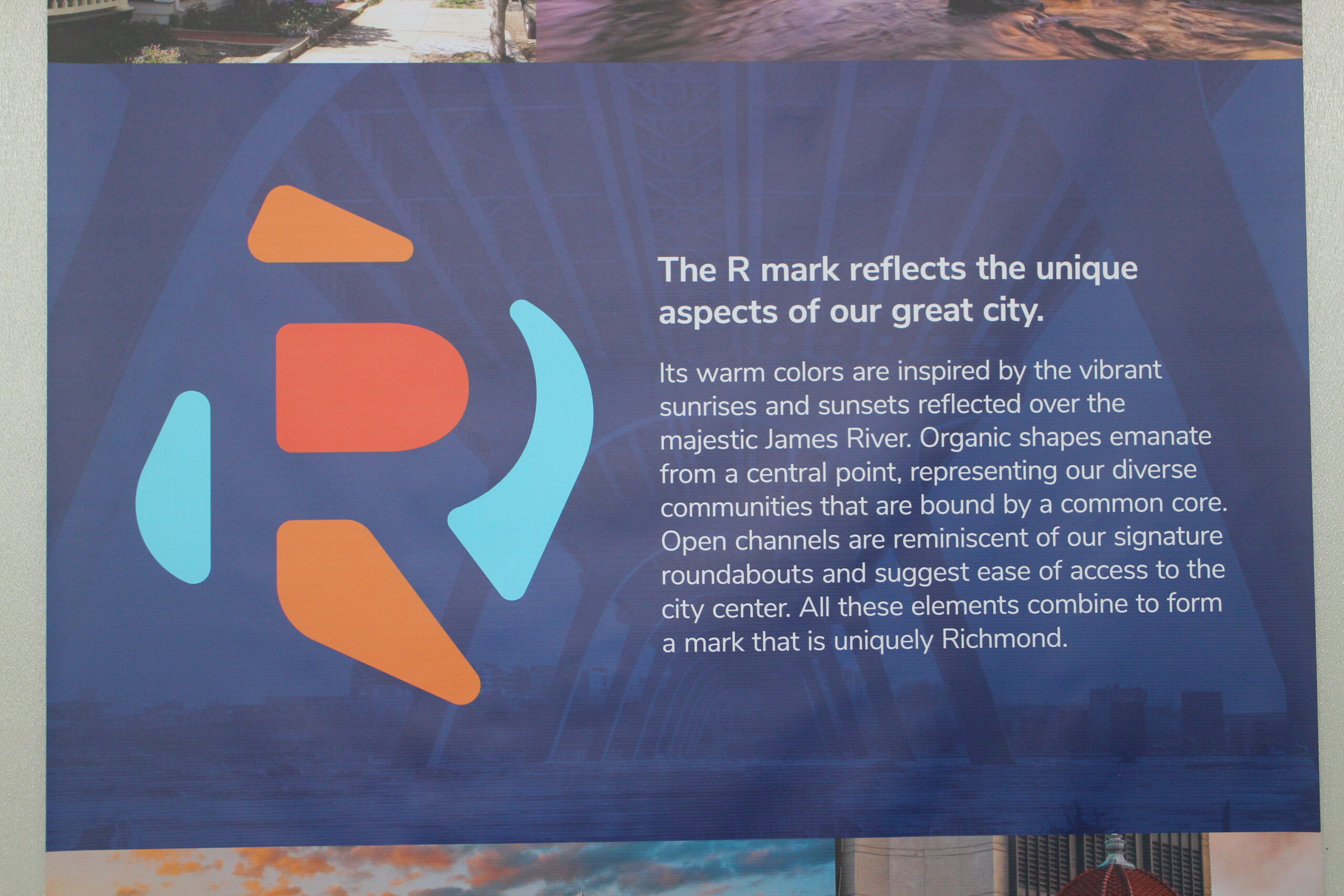 A banner explains the design behind the logo.

The city worked with local ad agency West Cary Group to develop the campaign. Chief Administrative Officer Lincoln Saunders said conversations with West Cary founder Moses Foster started in 2020, amid the protests that followed the murder of George Floyd and preceded the eventual removal of the Confederate monuments that for decades dotted Monument Avenue.

“West Cary Group does a lot of work with regional entities like PlanRVA, so that is how we started talking with them about a citywide branding and engagement concept. This is just the first phase, in my mind.” 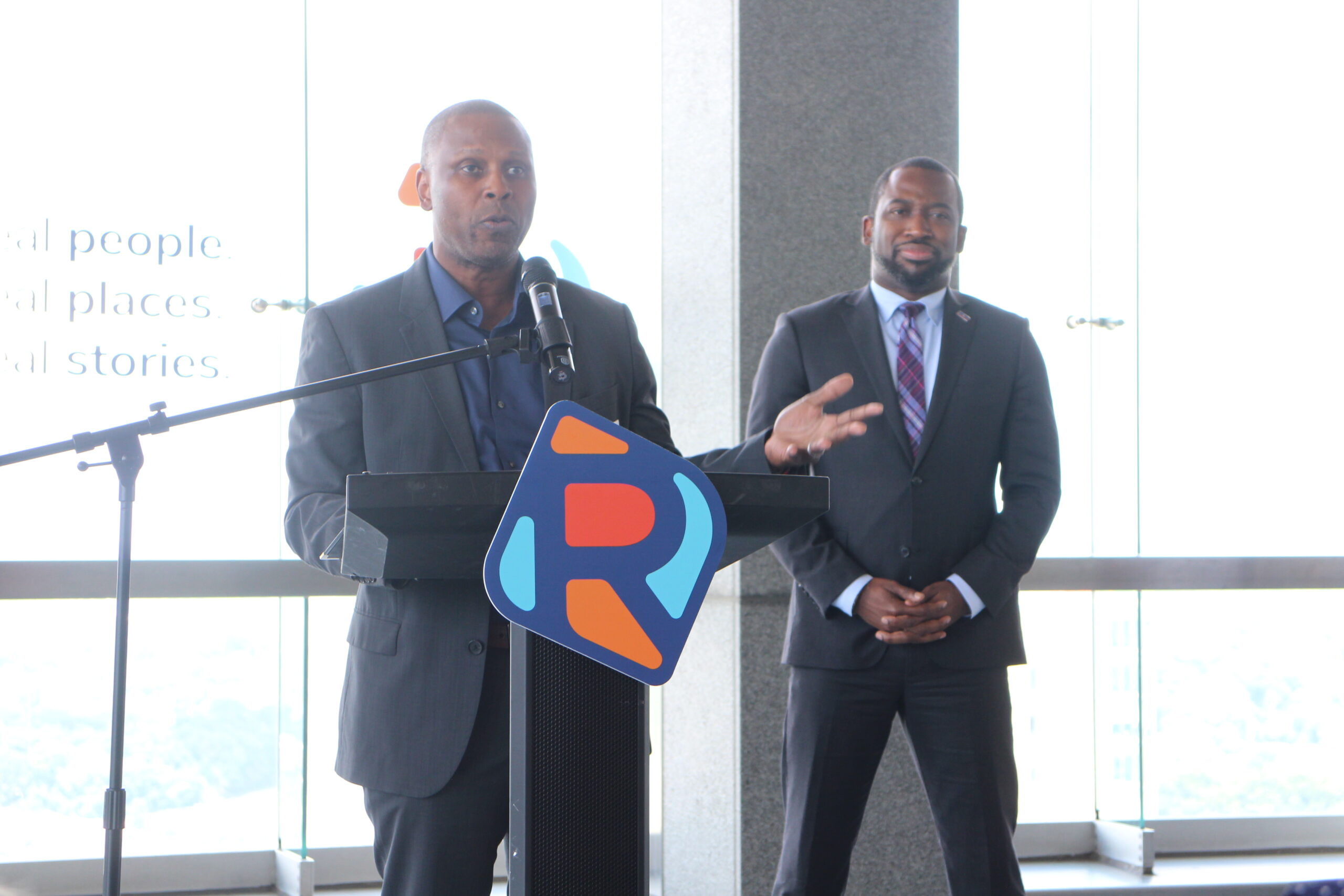 With the tagline “Real people, real places, real stories,” the brand features an “R” logo with spaces on each side that Foster said are meant to represent the city’s Northside, Southside, West End and East End. He described the R as providing a connection to each area and evoking an attitude of openness in the city.

Stoney said the city and West Cary Group spent a year developing the brand with input from various stakeholders, including residents, business owners, students and nonprofits.

The city’s investment in the effort totaled about $450,000, including brand development, design and the campaign launch, which will continue through the summer, according to Stoney’s office. 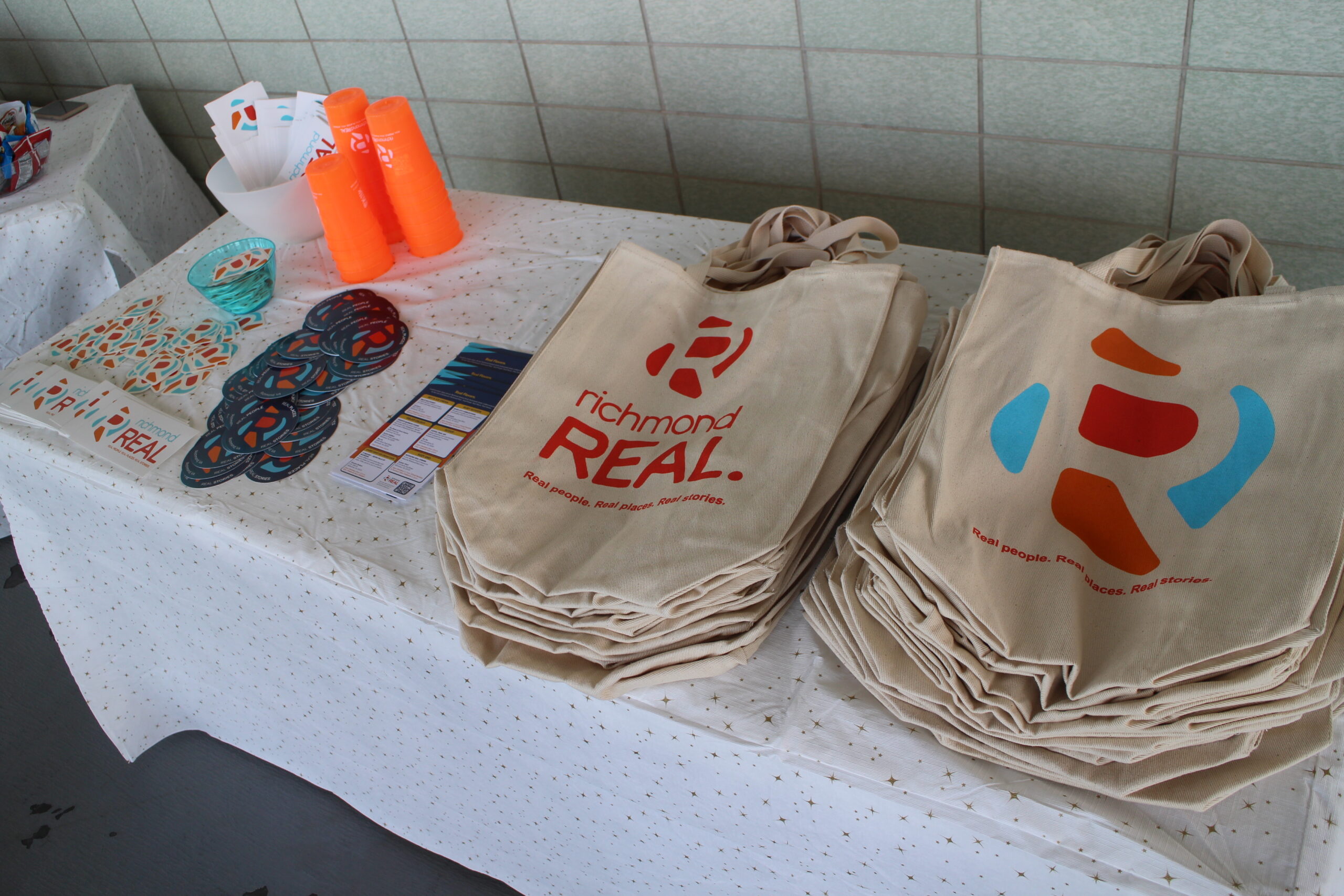 Foster, who was involved in developing the “RVA” brand along with Venture Richmond, VCU Brandcenter and other area ad agencies, acknowledged that campaign in his remarks but described “Richmond Real” as the city’s own.

“We’ve got a brand for the region, and that’s RVA, but we needed to create something distinctive for Richmond, because we are distinctive,” Foster said, noting similar efforts undertaken by counties in the region. 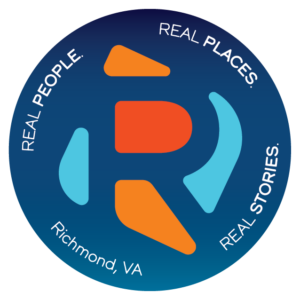 “We’ve gone through a lot of change in Richmond over the past couple of years. We want to emerge from that change in a better place. We want to think about where we’re going and who we’re going to be as opposed to where we’ve been.”

The branding campaign joins other efforts to update the city’s identity. Last year, the City Council adopted a new official city logo that replaced the former image of a bridge crossing the river in front of the downtown skyline. The new logo features a silhouette of a bateau boatman and nine stars representing the states of which Richmond was once the capital.

The new logo will continue to be used for official city business, and the “Richmond Real” brand will be used for promotional efforts such as tourism and economic development.