LOS ANGELES – California’s global leadership on issues ranging from climate change to gun safety to economic resilience shared the world stage this week as leaders from across the Western Hemisphere gathered in Los Angeles for the ninth Summit of the Americas.

Governor Gavin Newsom led a California delegation and represented the Golden State at several meetings and events with heads of state, foreign dignitaries and Biden Administration officials throughout the week. Find a quick recap of the Governor’s Summit of the Americas activities below:

Wednesday, June 8: A Presidential Greeting and a Big California Welcome to the Western Hemisphere

The Governor kicked off his Summit schedule at Los Angeles International Airport Wednesday where he and LA Mayor Eric Garcetti greeted President Joe Biden on the tarmac. But it was not Governor Newsom or the President who stole the show – the Governor’s “toughest negotiators,” his kids, helped welcome President Biden to California.

Governor Newsom and his children welcome President Biden to California

Shortly after the tarmac greeting, the Governor joined Special Presidential Envoy for Climate John Kerry and ministers across the Americas and outlined California’s nation-leading actions to cut methane pollution.

The Governor shared the Administration’s proposals to aggressively plug idle oil wells at risk of leaking methane and launch a network of satellites that would provide near real-time data on large scale methane leaks, leaks from oil and gas infrastructure, landfills, and other sources to track upwards of 40 percent of global methane emissions.

“California is proposing an all-of-the-above approach, from launching satellites that will track methane emissions throughout the world to plugging idle wells,” said Governor Newsom. “As we’ve seen right here in California, these oil wells present the risk of leaking at any moment. We’re encouraged by these global partnerships to tackle this problem together, for the benefit of all nations.” 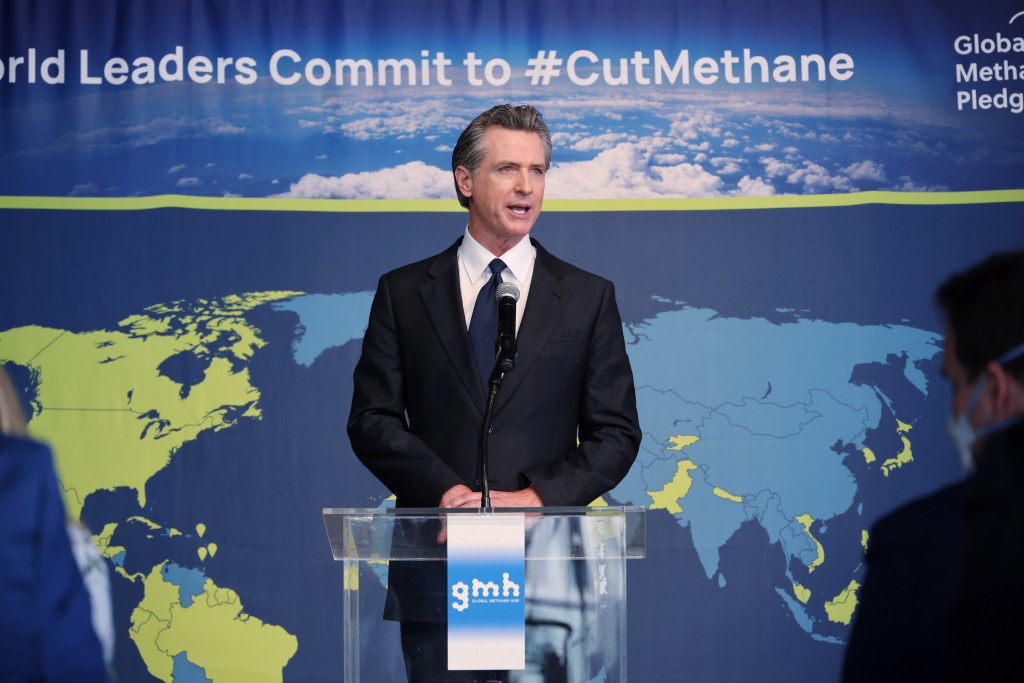 In the evening, the Governor helped welcome leaders from across the Western Hemisphere to California at the Summit of the Americas Inaugural Ceremony, hosted by President Biden and First Lady Jill Biden. In his remarks, he celebrated California’s diversity including the nearly 27 percent of Californians who are immigrants.

The Governor started the day at the California Science Center where he met with Canada Prime Minister Justin Trudeau to announce a new partnership to advance bold climate action. California and Canada signed a Memorandum of Cooperation (MOC) to fight climate change, reduce pollution, cut back on plastic waste, advance zero-emission vehicles, protect the environment and build climate resilience.

“We can’t fight the climate crisis on our own – we need to work together with partners all across the globe to humanity’s most important task: achieve our planet,” said Governor Newsom.

“Today, as we launch a new partnership on climate action and nature protection, we’re teaming up to deliver the clean air, healthy environment, and good jobs our citizens deserve,” said Prime Minister Trudeau. 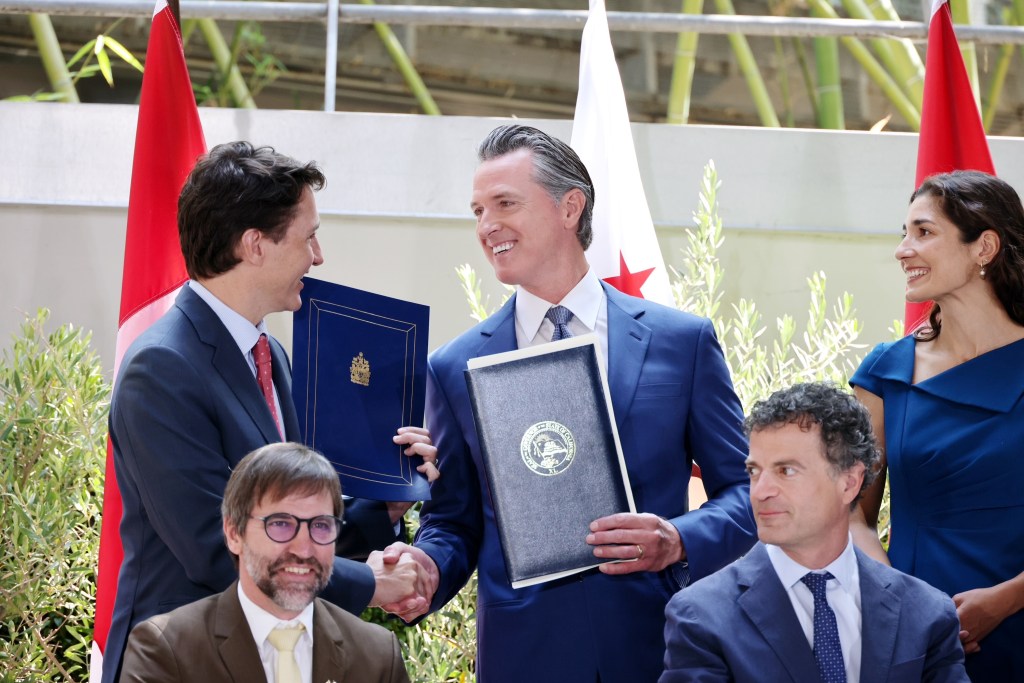 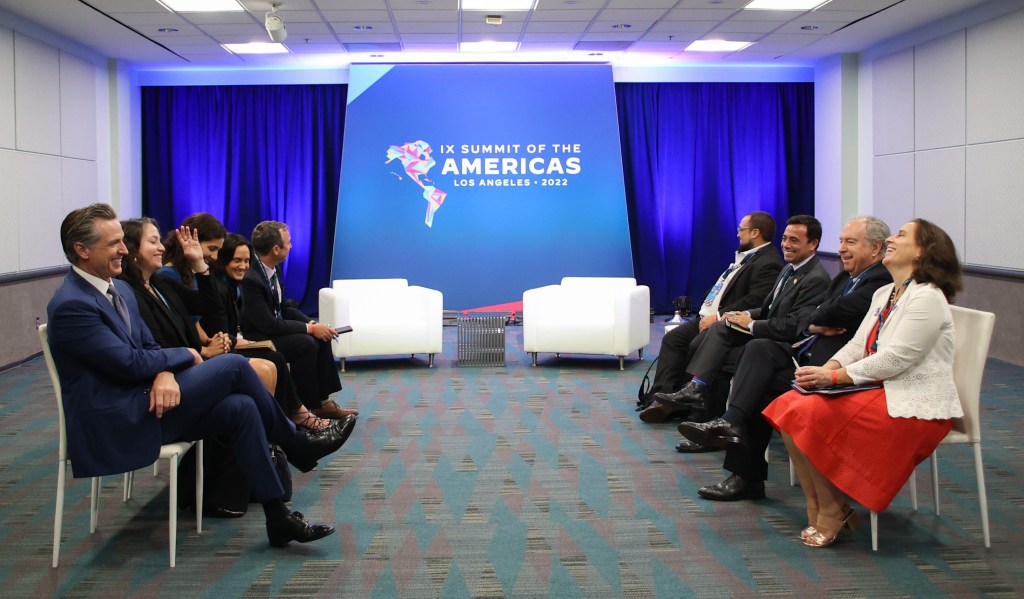 Friday, June 10: Wrapping the Summit With a Focus on Californians

Governor Newsom wrapped up his Summit week with a final meeting with the President of Argentina, Alberto Fernández. At the meeting, the two discussed expanding the relationship between California and Argentina, the importance of strengthening democracy throughout the Americas and shared values ​​around abortion and LGBTQ+ rights. 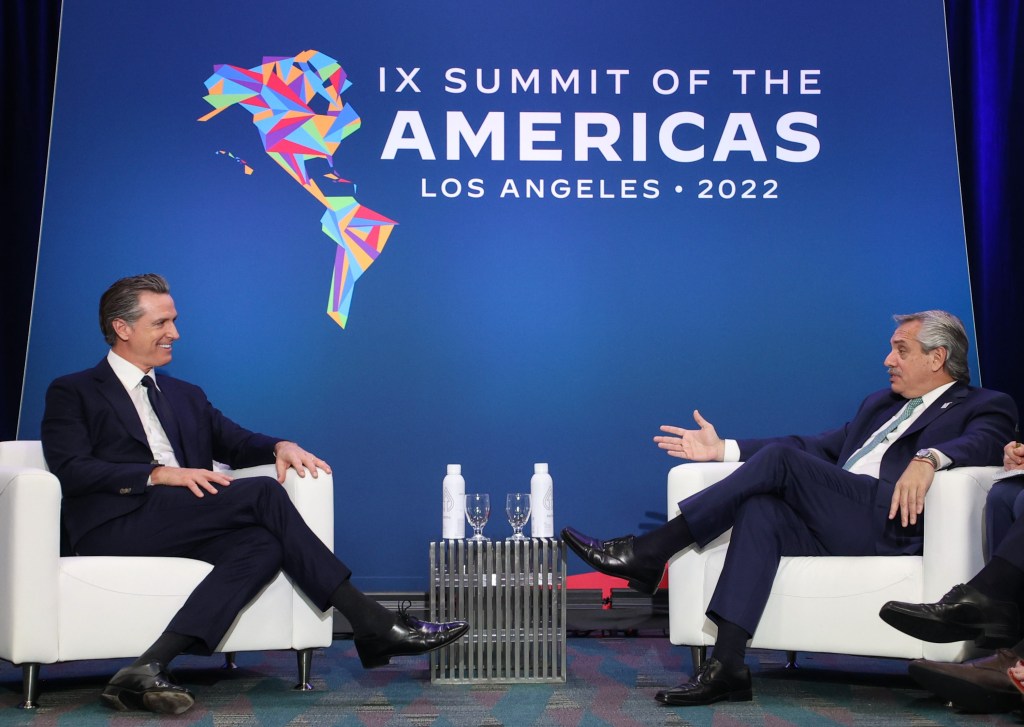 Governor Newsom meets with the President of Argentina

The Governor’s final stop of the Summit was not with a world leader, but with Californians at the heart of the conversation, Zacil Pech and Maria “Coco” Del Socorro Vazquez, the immigrant owners of Sazon Bar & Grill in Huntington Park. The restaurant received financial support from the state’s Social Entrepreneurs for Economic Development (SEED) initiative. SEED is a $30 million initiative supportinghip and worker cooperative entrepreneurs as an opportunity pathway for Californians who face significant employment barriers due to limited English proficiency or immigration status.

“Zacil and Coco are proof that the Dream is alive and well in the State of California.” We know that immigrants and their children are integral to California’s identity, and bring new talent and ideas to our economy. That’s why we’ve invested $30 million in our SEED initiative and are proposing more investments to support an economy with inclusive opportunity for all,” Governor Newsom said. 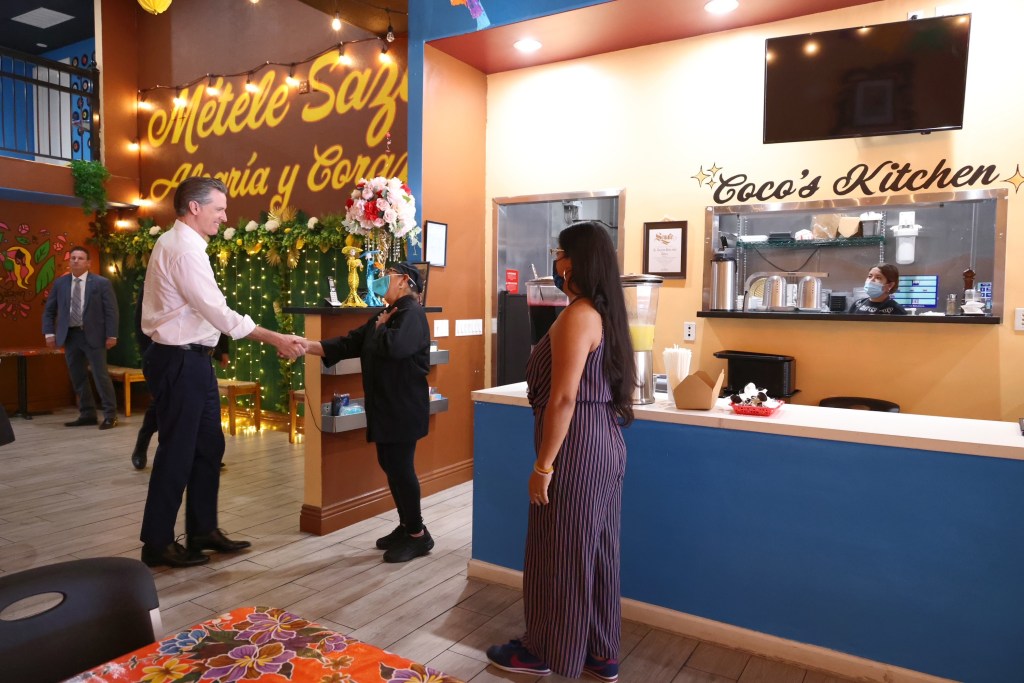