Tarot cards, classic cartoons and drag are just some of the influences in Gregory Hatch’s work featured in the Akron Soul Train’s CapSoul gallery in Downtown Akron through July 9.

“I use hot, soapy water to shrink the wool fibers together,” he said. “I use a barbed needle tool to compress the fibers together to make the imagery.”

Hatch has found that felting allows him to create images using the sense of depth and dimension within the material – something he discovered in parallel with his career as a performer.

“When I started doing drag, and I started doing makeup, I started understanding the idea of ​​highlights and shadows. [Using] my face as that canvas and understanding how to render and change my bone structure through the use of makeup is actually what helped me be a better drawer. It made it much more hands-on and it just made it stick in my head for once,” he said.

The Portage Lakes native learned felting while he was a student in the late 2000s, and says it was the first medium through which he could “make the things in my head appear in front of me.”

Many of his pieces at the gallery share the motif of a somewhat primitive, almost cartoonish individual – which inspired the name of this show. “That’s All, Folk” is a homage to Looney Tunes as well as to folk traditions.

“I love titles, and I probably have way too much fun with [them]. It really shows my art history, nerdy aspect when I make titles: very bad inside jokes that probably don’t make much sense, other than to me,” he said. 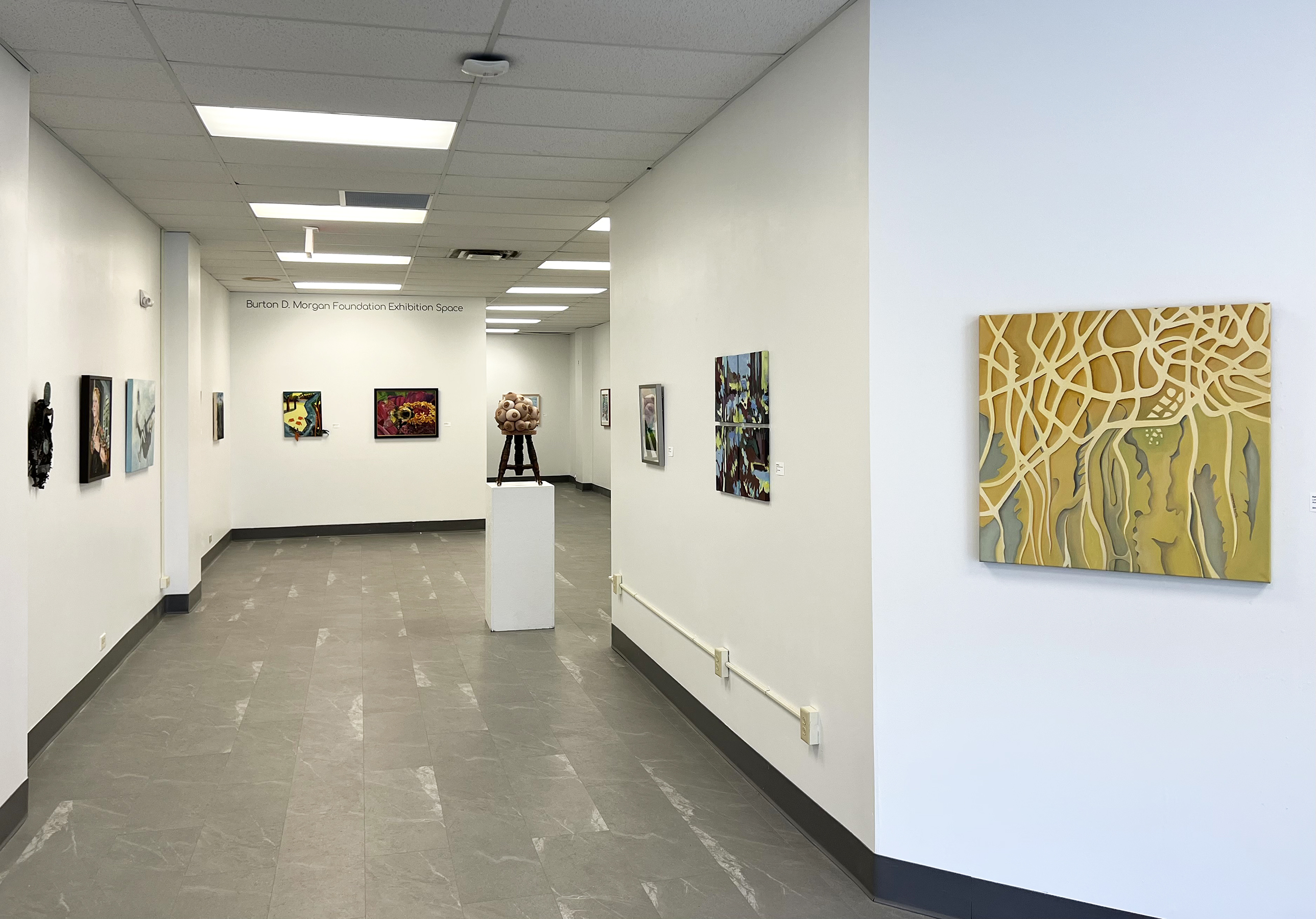 “I take huge inspiration from cartoons and comics and visual culture,” he said.

He specifically cites artwork he saw at the Akron-Summit County library system while growing up as well as Akron’s WPA-commissioned murals.

“I think we’re really fortunate all these wonderful pieces are still present and still in their original location.”

Another piece which enchanted Hatch as a child was the night sky ceiling at the Akron Civic Theater – which is across the street from the Akron Soul Train’s CapSoul Gallery at 191 S. Main Street. It’s open Wednesday thru Saturday from 11 am until 4:00 pm